2022 Student Marshals in the College of the Liberal Arts

Ishaan Anavkar, International Politics, B.A.Ishaan is the son of Prashant and Harshada Anavkar of Dubai, United Arab Emirates. A Paterno Fellow and Schreyer Scholar, he is graduating with B.A. degrees in History, International Politics, and Geography, with minors in Anthropology and Linguistics and certificates in Geographic Information Sciences and Human Geography. Ishaan was a maps and geospatial information assistant at Penn State’s Donald W. Hamer Center and a geospatial data and product testing intern at RoadGoat. After graduation, he plans to attend graduate school to pursue a doctorate and go on to teach as a professor.

“I hope to continue delving deeper in the liberal arts for the rest of my life, and hope that it will continue to permeate through other facets of my lifestyle. Thinking about the big picture and understanding myself deeply were two such benefits that I know will continue to help me in the future.”

Will is the son of Catherine and Brad Baumgardner of Lancaster, Pennsylvania. A Paterno Fellow and Schreyer Scholar, he is graduating with B.A. degrees in Russian and International Politics as well as a master of international affairs degree. Will was president of the Russian Club at Penn State and service chair for Orthodox Christian Fellowship at Penn State. He also was a Russian studies intern at the American Enterprise Institute and a Russia team intelligence analyst intern at the Institute for the Study of War. After graduation, Will plans to continue working as a Russia studies research assistant at the American Enterprise Institute.

“The College of the Liberal Arts taught me how to think, as expressed by David Foster Wallace. It taught me how to exercise some control over what I think about and gave me the groundwork to form my own informed thoughts and opinions about a variety of subjects.”

Nicholas is the son of Chris and Jeanne Birosik of Emmaus, Pennsylvania. A Paterno Fellow and Schreyer Scholar, he is graduating with a B.S. in Social Data Analytics and a B.A. in Political Science, with a minor in History, as well as a master of international affairs degree. Nicholas was a Liberal Arts Change Maker and is the founder and president of NicNac Charities Inc., a nonprofit dedicated to eliminating the digital divide and launching other nonprofits. He also was a resident assistant and participated in Penn State Racquetball Club. After graduation, Nicholas will continue his nonprofit and grant writing work, namely jumpstarting other nonprofits and advocating for suicide prevention.

“The College of the Liberal Arts provided me with a unique opportunity to craft a well-rounded education, which satisfied my intellectual curiosity and helped to jumpstart my career in public service.”

Emma is the daughter of Saul Cohen of Cherry Hill, New Jersey, and JoAnn Cohen of Allentown, Pennsylvania. A Paterno Fellow and Schreyer Scholar, she is graduating with B.S. degrees in Political Science and Economics, with a minor in Statistics. Emma was a member of the Women in Economics Club and treasurer and event coordinator for Penn State’s chapter of the women’s health and fitness organization CHAARG (Changing Health, Attitudes, and Actions to Re-create Girls). She also was a research assistant for the Department of Political Science, a teaching assistant for various Economics and Statistics courses, and interned at the Institute for Public Policy & Economic Development. After graduation, Emma will join Bates White as an economic consultant in Washington, D.C.

“I think liberal arts has given me a very broad worldview, which will allow me to bring in new perspectives in my future jobs. I like that I have learned to look at problems from different perspectives than most people.”

Benjamin is the son of Scott and Susan Wilson of Emmaus, Pennsylvania. A Paterno Fellow and Schreyer Scholar, he is graduating with B.A. degrees in Medieval Studies, History, and Political Science. Benjamin is the recipient of the Norene Purtell Memorial Scholarship and the Lee Global Trustee Scholarship. He was also a member of the honor society Phi Alpha Theta and the national honor fraternity Phi Sigma Pi. After graduation, Benjamin will pursue a doctorate in Scandinavian Studies at the University of Wisconsin–Madison.

“My Liberal Arts education helped provide me with an expanded and open-minded worldview that will allow me to have new experiences that broaden my knowledge.” 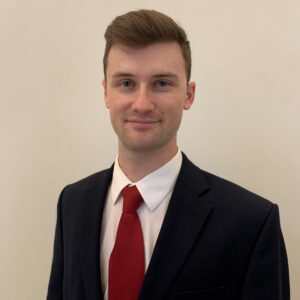 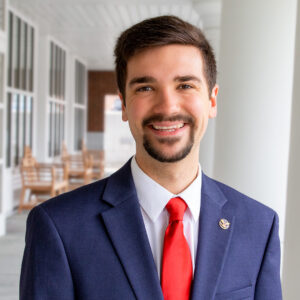 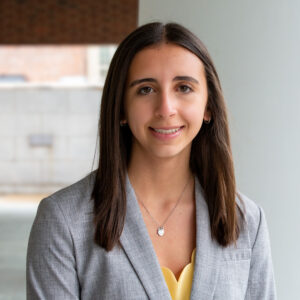 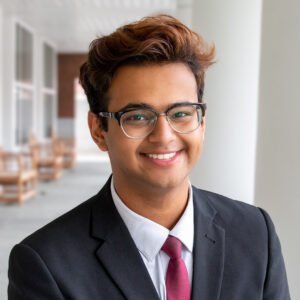 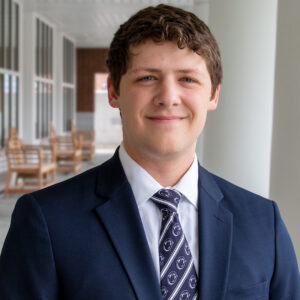