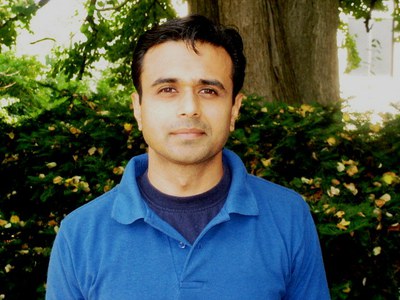 Bumba Mukherjee earned his Ph.D. at Columbia University (2004), and is currently a Professor at Penn State University. He was previously an Assistant Professor at the University of Notre Dame, Assistant Professor at Florida State University, a visiting research scholar at Princeton University, and both a faculty fellow and visiting fellow at the Kellogg Institute, University of Notre Dame. His research interests include studying the political economy of right-wing populism, the economic determinants of political violence, and civil conflict. He also conducts research in formal theory and statistical methodology, especially finite mixture, cure models and machine learning.

His fourth book, Democracy, Electoral Institutions and Judicial Empowerment in Developing Countries (2014) written with Vineeta Yadav was published by the University of Michigan Press. He has recently completed his fifth book Principles of International Political Economy written with Jeff Kucik and Mark Hallerberg, and published by Oxford University Press in 2019. He is currently working on his sixth book Shadow Banks, the IMF and the Politics of Financial

Crisis written with Alexandra Guisinger and Vineeta Yadav which is under contract at Cambridge University Press as well as papers on the rise of right wing-populist and its impact, financial crisis and political methodology.