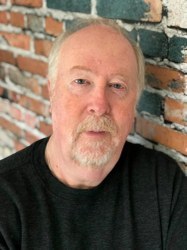 Ph.D., The University of Michigan, 1985. Professor Palmer is the Executive Director of Peace Science Society (International). Before coming to Penn State in 2000, he was a faculty member at Texas A&M University and Binghamton University. Palmer directs the updating of the Militarized Interstate Dispute Project, funded by the National Science Foundation. His research examines how states pay for interstate war, the causes of international conflict, the role of domestic institutions and political orientation on foreign policy, and foreign-policy substitutability. His work has appeared in several journals including International Studies Quarterly, Journal of Peace Research, Journal of Conflict Resolution, American Journal of Political Science, Foreign Policy Analysis and the American Political Science Review. His book A Theory of Foreign Policy (with T. Clifton Morgan) has been published by Princeton University Press and his The Causes and Consequences of International Conflict that has been published by Routeledge Press.